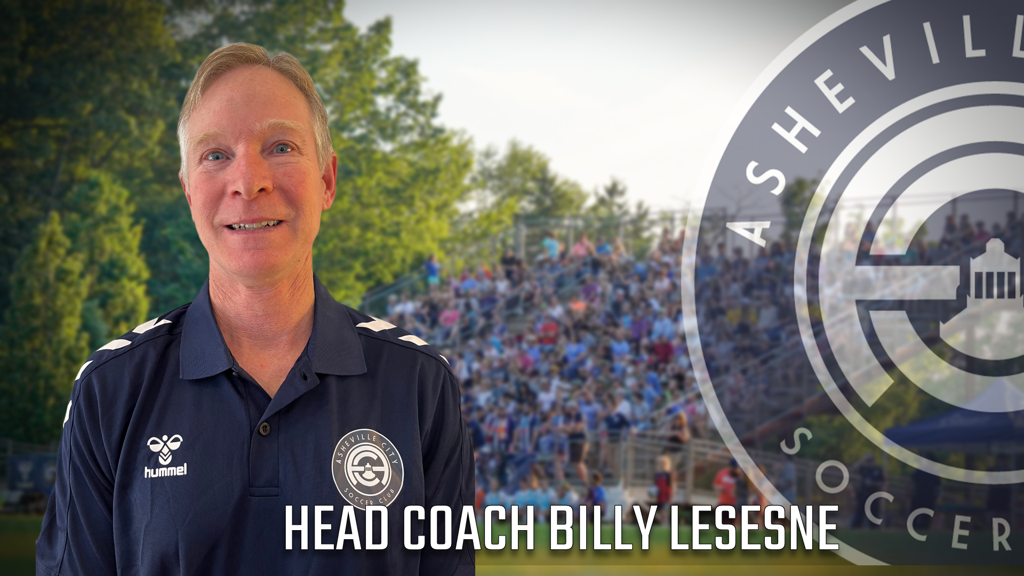 Get Your Season Tickets Here

“Competing in the W League demands we only ever make progressive and competitive coaching appointments. Coach Lesesne has a pedigree and experience few others across the league have. Our expectations never change - we want to be challenging for a national championship - and Billy’s appointment is an important step in that direction,” said Tim Blekicki, club general manager.

Lesesne joined the HFC Coaching staff as College Recruitment Coordinator in May 2022, and Coach of both Boys and Girls ECNL teams.

Prior to moving to Asheville, Lesesne was head coach at University of Georgia for seven years, with his final season being 2021.

Lesesne’s previous head coaching experience came at his alma mater, Erskine College, where he spent six seasons. There, he served as the head coach of both the men’s and women’s programs, earning numerous honors, including NSCAA Division II Women’s South Region Coach of the Year and Carolina’s Virginia Athletic Conference Coach.

Lesesne began his coaching career at Cambridge Academy in Greenwood, S.C., in 1988, before serving as the assistant men’s coach at the College of Charleston from 1990-91. He also coached the South Carolina Boys’ State ODP team from 1990-95 and the Girls’ ODP team from 1996-99.

Founded in 2016, ACSC was created as a way to help local players pursue their dreams and grow the game while using soccer as a way to give back to the community. Asheville City’s women’s and men’s teams will return to play in the summer of 2023.