On Saturday, June 11 both ACSC teams will play in a double header as part of the club’s annual Pride Night. First the women’s team will face off against Wake FC at 5:00 p.m. then immediately following, the men’s team will play East Atlanta FC with a 7:30 p.m. kickoff.

Prior to the games, a pre-match party and gathering will be held starting at 1:00 p.m. at Dirty Jack's. Starting at 4:00 p.m., your South Slope Blues will lead a march from Dirty Jack's up to Memorial Stadium complete with drums, flags and excitement.

While the two teams compete, four local non-profits will come together with one goal of raising $10,000 to support organizations making a difference in the lives of LGBTQIA+ people. 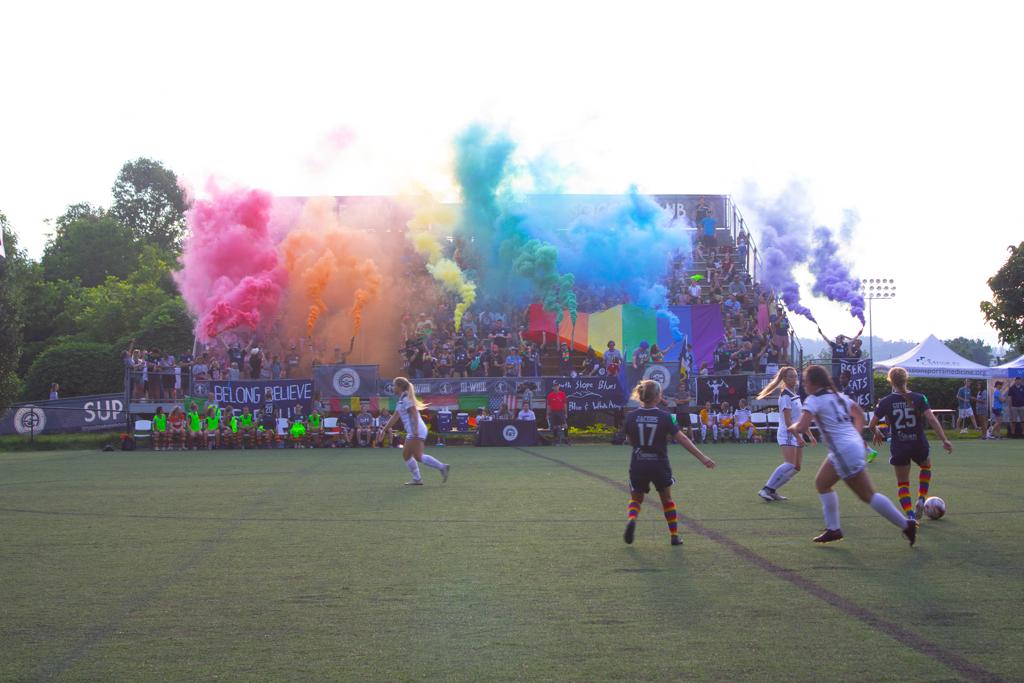 The first game of the night will see the women’s team compete against Wake FC in a rematch from the May 28 game. Last time the teams played the game ended in a 2-2 draw. Wake FC is ranked fifth in the South Atlantic Division.

The women’s team returns to Memorial after an exciting 1-1 draw against the NC Courage. Although trailing for most of the game, the team made a comeback in stoppage time thanks to a goal by Kiley Dulaney.

“Since Saturday is Pride Night it just gives us another reason to go out and play better as a team. It’s going to be a great game,” head coach Jimena Rojas said.

Asheville’s men’s team is undefeated so far this season, holding a 5-0-1 record and being ranked first in the South Central Division. The Blues are in the hunt for playoffs as the top two teams in the division will get a bid.