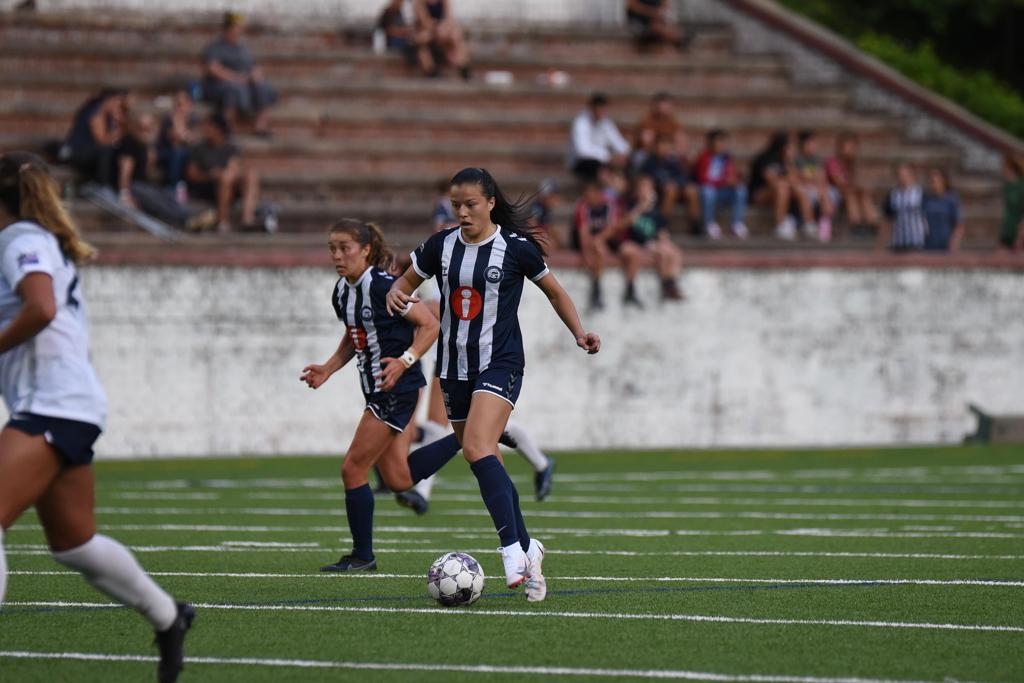 The women’s team returned to Memorial Stadium to earn a 1-1 draw against the NC Courage. Although the Blues were trailing for most of the game, the team scored in stoppage time to prevent a loss. The women’s team is now 1-1-4 for the season.

The Blues remained in possession of the ball for a large part of the game, with eight shots on goal during the first half. The NC Courage goalkeeper notably played a solid game, creating a challenge for the Asheville offense.

Blues have been the better side, but have nothing to show for it as the Courage’s keeper makes yet another save.

Although the Blues kept steady possession of the ball, the NC Courage scored in the 16th minute. This marks the first time the team has trailed at home this season.

The Blues made multiple shot attempts, with the Courage defense preventing them from finishing. For most of the game it seemed inevitable that the Blues would score.

“We created a lot of options in the first half. I’m proud of the performance of the players,” head coach Jimena Rojas said.

We're back on with some work to do! C'mon you Blues!

In the second half, the team made a few substitutions, as the team needed fresh legs on the field. Laura Greb entered the game for Riley Thompson and Gillian Oyos entered for Gabi Santora in the 56th minute. Then, Cami Johnstone entered for Addison Porter and Ashlyn Kane entered for Yuliia Khrystiuk in the 70th minute.

These substitutions brought new energy to the field as Khrystiuk, Porter, Frazier, and Johnstone all took shots, to put pressure on the Courage defense.

In the 90th minute the team made their final change of the night with Sachiko Gamo entering for Dani Murguia.

At this point in the game, the South Slope Blues continued their unrivaled support with cheers and motivation for the team.

Although still down 1-0 in the 90th minute, the Blues weren’t done yet. With just a minute left in stoppage time Kiley Dulaney scored a clutch goal to bring the score 1-1. After the match, Dulaney was named player of the match.

“It was unreal, we were all working so hard. It was just a feeling of ‘finally’,” Delaney said reflecting on her goal.

Although the game did not end in a win, coach Rojas remained proud of her team's effort and motivation.

“We always want to win. As a team we want to try to win every time. I’m proud of our performance today, and sad we didn’t get another goal in,” Rojas said.

Next up for the women’s team is a 5:00 p.m. game on Saturday, June 11 against Wake FC, who are right below Asheville in conference standings. This game will be a part of a double header and Pride Night celebrations.

“Since Saturday is Pride Night it just gives us another reason to go out and play better as a team. It’s going to be a great game,” Rojas said.