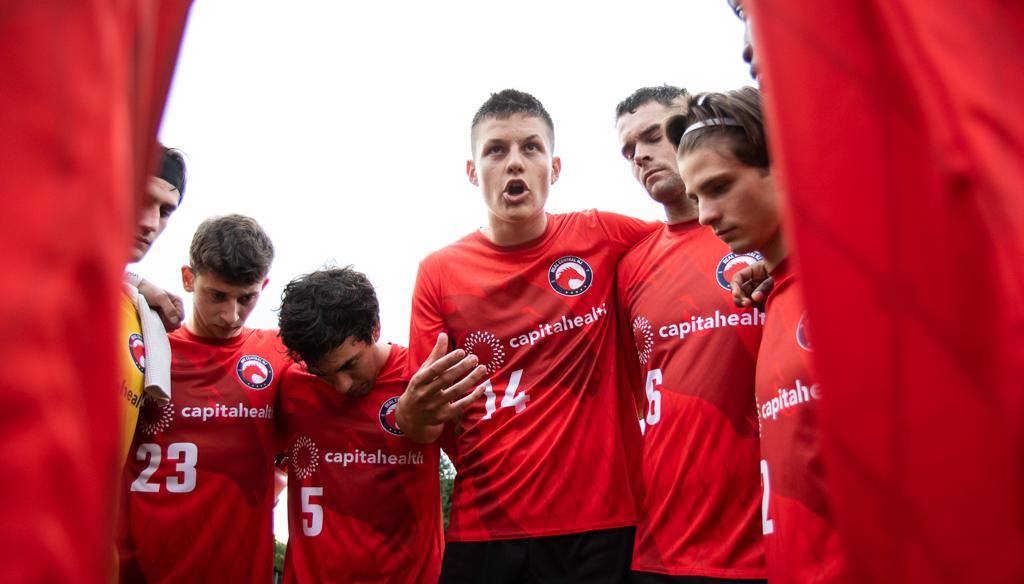 MERCER COUNTY, N.J. - Real Central New Jersey (RCNJ) and the United Soccer League (USL) today announced that the club is exploring the possibility of becoming Central New Jersey’s professional soccer club. The club could ultimately operate teams in multiple USL leagues, including a professional women’s team in the USL Super League and a professional men’s team in USL League One. The club already participates in pre-professional leagues with teams in USL League Two for men and USL Academy programs with the club's youth affiliates for boys and girls.

“Through its teams in USL League Two and USL Academy, Real Central New Jersey has created a new pathway for top players and strong connections with a community that absolutely loves soccer,” said Justin Papadakis, USL COO and Chief Real Estate Officer. “The club’s leadership has an excellent understanding of the benefits that a professional club could provide to local fans, players, and businesses. We are working with them on the steps needed to achieve that vision.”

To kick off the exploratory efforts, Real Central NJ will host a fan listening session and USA-Iran watch party on Nov. 29. Fans will enjoy lunch with team executives and volunteers, share their vision for soccer in Central New Jersey, and cheer on the USMNT against Iran in the final group stage match of the men’s FIFA World Cup. The listening session will allow fans to add their voice and help build professional soccer as a critical part of the club.

“We’re excited to meet with soccer fans in Central New Jersey,” said RCNJ partner and Chief Marketing Officer, Jeremy Ryan. “We’re uniquely Jersey, and since Central Jersey is real and not beholden to New York or Philly, our soccer culture should reflect the qualities that are uniquely us.”

RCNJ was founded in 2020 to offer a platform for soccer fans and players access to high-quality soccer viewing and playing opportunities.

Real Central NJ's women’s team debuted in the summer of 2021 to great success, progressing to the divisional finals of the Women’s Premier Soccer League. In its sophomore year, the women won the Mid-Atlantic division, earning the right to host the Eastern Conference tournament.

“Our pre-professional women’s program provides an opportunity for the top players across Central New Jersey to play in a highly competitive environment throughout the summer months,” said women’s general manager and partner, Ben Chrnelich. “We have been incredibly impressed with the quality of play, player commitment, and success achieved in our first two seasons. Players are increasingly interested in pursuing professional opportunities and we are excited to begin the effort to bring professional-level soccer to players and fans throughout Central Jersey.”

The club has men’s teams in several pre-professional and adult leagues, including USL League Two. The League Two team placed third in its division in the summer of 2022, while the club’s full-year adult team participated in Lamar Hunt U.S. Open Cup Amateur qualifying for the first time this September.

“As the club hopes to advance to the professional ranks, it will continue to attract and develop local talent,” says Ira Jersey, men’s general manager and partner. “A challenge for developing young players in the United States is the lack of local platforms to play professionally close to home and school. Local professional clubs allow players to test themselves at a younger age.”

For RCNJ fans, becoming a professional club is the next big step in building the sport and the club. RCNJ is also a platform for local and regional businesses.

“Adding a professional program to our pre-professional teams will not only elevate regional soccer, but it will increase the opportunities for our club’s sponsors, business partners, fans, and supporters to connect through the sport and our club, which has been an important part of our vision from the beginning,” says Ryan.

“Capital Health is a proud Presenting Sponsor for Real Central NJ Soccer. I would like to wish them success in developing professional soccer in Central New Jersey,” said Al Maghazehe, president and CEO of Capital Health. “Our community-based approach promotes the value of healthy lifestyles and aligns well with their commitment to providing great development opportunities for area athletes, engaging games for our community, and high-quality programs for younger area soccer players.”

The club hopes that fans will contribute feedback about the experience they want from professional soccer, including pre-match activities, the match-time experience, and the post-match party atmosphere. For more information, visit the club's website.

Most Recent USL League One News

Most Read USL League One News