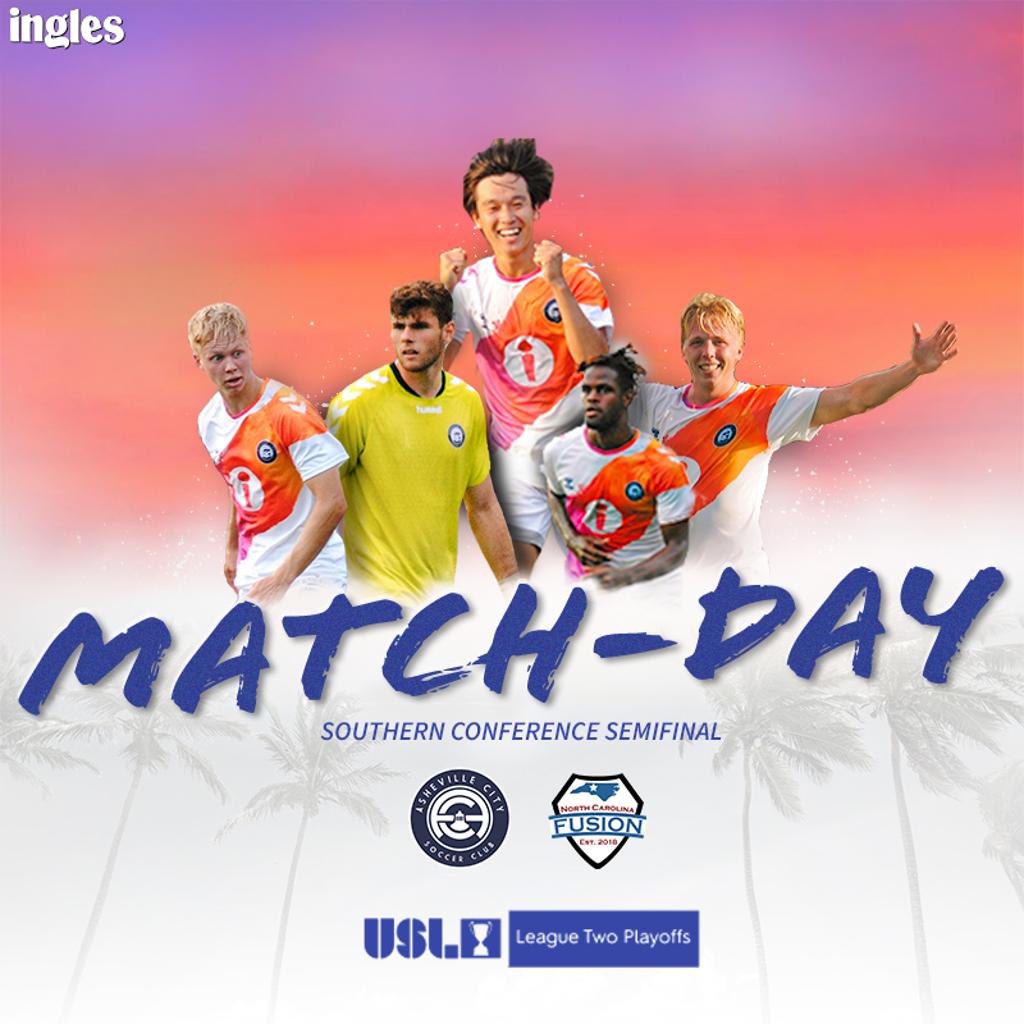 Asheville City and #2 NC Fusion will meet again on Sunday, July 24 at 7:00 in the Southern Conference semifinals.

ACSC, playing as the #6 seed, stamped their ticket to the conference semifinals with a business-like 3-0 victory over #3 Brazos Valley. Goals were scored by Quenzi Huerman, Lucas Gonzalez, and Finn Ballard-McBride.

So we meet again?

We will take on the Southern Conference #2 seed and the defending USL League Two Final runner-ups @NCFusionU23 tomorrow night in the Conference Semifinals.#BelongBelieveBeBlue | #Path2Pro

The Fusion played against the hosting #7 The Villages SC on Friday night. After multiple weather delays lasting long into the night, Fusion and The Villages eventually went to penalties following a 1-1 draw. There, the Greensboro outfit topped the hosts via five converted penalties to four.

The Blues and NC Fusion have met once earlier this year, to a 1-1 draw in a preseason friendly.

As the South Atlantic Division champions, the Fusion earned the Southern Conference’s second seed with a 11-1-2 record on the year. They did not lose until they were upset on the final day of the regular season, 2-1 to West Virginia United. The Fusion are led by Joao Gomiero with his 10 goals.

The Blues have made history already and hope to continue to do so as they take on the local rival.

“We’ve had a lot of downtime Saturday to take advantage of,” said Head Coach Scott Wells.

The players’ preparation and recovery has been a point of emphasis following the first round win as the Boys in Blue combat the Florida heat. Wells added, “getting good nutrition, pumping the fluids and obviously sharing Friday’s win together as a team. That momentum will absolutely carry on to Sunday.”

The winner of Sunday’s match will face either One Knoxville or West Virginia United in the Southern Conference Final next Friday.