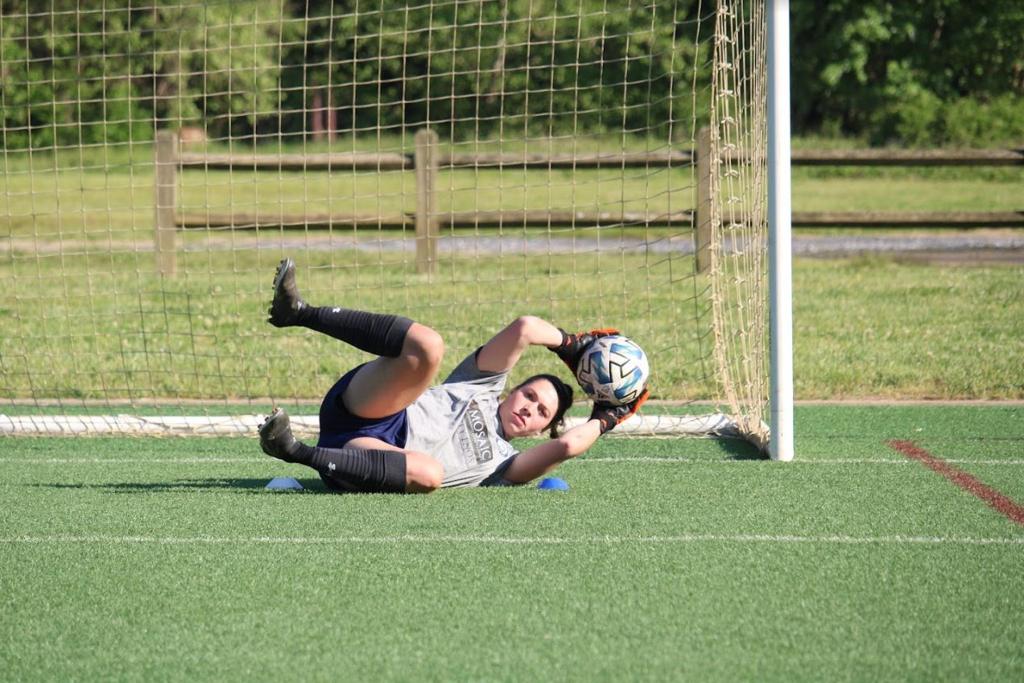 CJ Graham, a redshirt junior goalkeeper for Lipscomb University in Nashville, Tennessee and an Asheville native, first joined Asheville City Soccer Club in the summer of 2021 and has made her return for this season.

“I decided to play on Asheville City Soccer Club because of its quality soccer, the professionalism of how the program is run from owners to coaches, the fans, and of course being able to play in front of my hometown friends,” Graham said.

Before college, Graham was a local standout in the Asheville soccer community.

As a local, Graham was no stranger to the lively atmosphere of Asheville City Soccer Club. In fact, she had been a fan since its initial start in 2016.

“During high school, I would go to every home game I could and watch Asheville City play,” she said.

“I thought of the men and women that played on the field as heroes,” Graham said. “I closed my eyes and imagined playing on that field one day, but never did I feel like it was unattainable.”

“I knew one day I would hear my name called out in that stadium, hear the South Slope Blues chant, and smell the blue smoke,” she said. “I could not wait to one day play for my city in front of my friends, family, and future fans.”

Graham, a current redshirt junior, saw numerous awards in her sophomore season at Lipscomb University, including being named Atlantic Sun (ASUN) Conference Goalkeeper of the Year, being named to ASUN First Team All-Conference, All-Academic Team, All-Tournament Team, and United Soccer Coaches Second Team All-Region. Additionally, she led the ASUN in shutouts, tying the program and conference record for shutouts in a single season.

When thinking of Graham’s favorite memory of this season so far, she said it “has been getting to celebrate with the South Slope Blues after winning the home opener.”

As for the rest of the season, Graham is looking forward to “making lasting friendships with other players across the nation and winning the conference this year.”

“I would love to continue my soccer career and play professionally overseas,” she said. “With the quality of Asheville City Soccer Club’s soccer, I believe playing in this environment will set me up to become a professional athlete some day.”