ACSC returns to Memorial Stadium in 2022!

Thank you for your cooperation and support.

Asheville City Soccer Club, through its support of the Just Play Initiative, has made matches more inclusive and accessible for neurodivergent supporters. The club has made available a matchday checklist, in association with the The Arc of North Carolina, which outlines a supporter’s night - from getting to the stadium to the end of the match – to mitigate the unknown.

Changes to routine can be difficult for people who are neurodiverse, particularly if this change is an overwhelming sensory occasion, such as a soccer match. By mapping out the night ahead, the checklist establishes a routine. This checklist can help reduce anxiety, who otherwise might find the loud noises, sights, and even new smells, from things like food stalls, unnerving. We call the list a blueprint for the night, as it covers all angles, such as getting to the game, where you sit, and how the game goes. The checklist can make the difference between a neurodivergent person going to a match or avoiding such nights out.

Asheville City Soccer Club believes it is imperative that neurodivergent persons are not seen as others, but as simply people in the community. They’re our sisters and brothers, and they are supporters of our club. 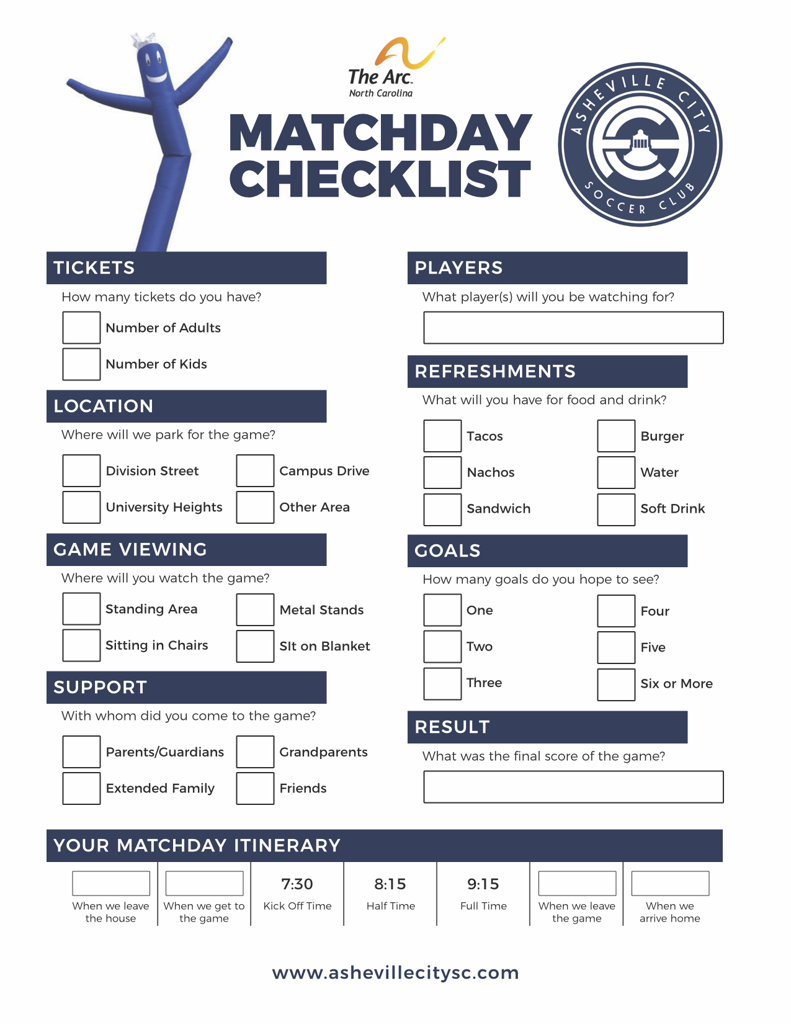